One of the stone blocks that forms the steps to the Sindh Assembly building will immediately give you an idea as to how old it is. It reads ‘The Building Was Declared Open By His Excellency Sir Hugh Dow KSCI CIE ICS Governor Of Sind On The 4th Of March 1942’. At the time, prior to partition, it was known as the Sindh Legislative Assembly.

Climbing the steps to walk into the main area may make you feel as if you are a Roman (though the steps are not that steep) about to enter the senate hall. The instant you move inside the Sindh Assembly, after passing through metal detectors for security purposes, the vast hallway and the spacious corridors on right and left will impress you, more so because of the historic pictures that adorn the big walls on all sides. Ascending the first flight of stairs will bring you to a giant picture of Liaquat Ali Khan presenting the Pakistan flag before the Constituent Assembly of Pakistan on 11th August 1947. To its left is written in bold letters ‘Pakistan Resolution Passed By Sindh Legislative Assembly on 3rd March 1943 Moved By Mr G. M. Sayed.’ It clearly points to the historic merit of the site.

The building is a specimen of 20th century modern architecture. Traditionally, structures used to have a lot of decorative features but here they are minimised. It is quite pristine in its treatment of the facade. The cupola is perhaps the only decorative characteristic; otherwise it has the influence of the modern movement that was coming into the subcontinent from the West in those days. 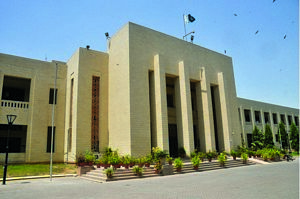 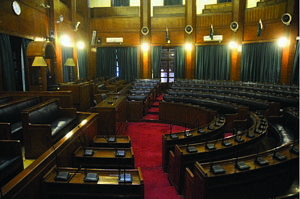 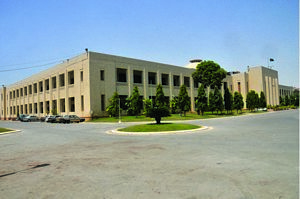 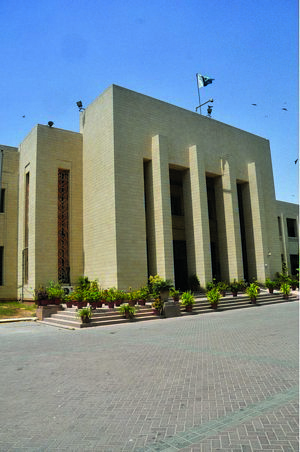