Bahai Centre in Civil Lines, Hyderabad was formally established in 1946. Total Bahai population of Hyderabad has been recorded as 80 to 90 people, and besides Hyderabad, three more Bahai Centres are functional in Sindh, which included Nawabshah, Naukot and Tharparkar. According to Mr. Shamsheer Ali, the leader of Hyderabad Bahai Assembly, the total Bahai population of the country is 15,000, while the majority lives in Sindh which has been estimated as 10,000 souls. Bahais living in Sindh are mostly Sindhi speaking. Narrating the history of establishment of the Bahai Centre in Hyderabad, Mr. Shamsheer further disclosed that Prof. Muhammad Raza Sheerazi of DJ Science College Karachi was pioneer of Hyderabad assembly. Prof. Raza was the close friend of Mirza Qaleech Baig and thus became the frequent visitor of Hyderabad. He was supported and encouraged by Mirza Qaleech Baig t0 estab ish spiritual assembly in Hyderabad. Mr. Shamsheer further disclosed that Dada T.L Vaswani also offered Bahais a building in Hyderabad for establishing Bahai Centre, which they declined. Prof. Raza drowned in Phulelli Canal and is buried in Bahai Graveyard near Tando Yousuf. 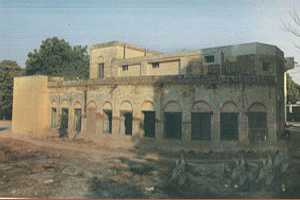