The tomb of Hazrat Maha Wali is situated at a brief distance from the graveyard of Pir Qadri. His full name as inscribed on the facade of the tomb is Hazrat Abdun Nabi shah Hasni Hussaini alias Maha Wali Jeelani Qadri. He belonged to the family of Shah Qadri. The tomb stone bears the date of demise of reverd pir as 7 Zilqaad 1066 A.H. Also buried inside the tomb is Hazrat Abdullah Shah Qadri, the son of Hazrat Maha Wali. At least 13 more graves are in the courtyard of the tomb which are stated to be the relatives and the followers of Hazrat Maha Wali. Like other saints of Qadria school of thought, he also preached in Indian villages and the towns and finally make this town his last abode. People regularly visit the shrine and pray for their wishes to be fulfilled. The structure of the tomb is ancient and its walls are extra ordinarily thick. 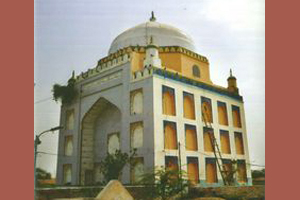 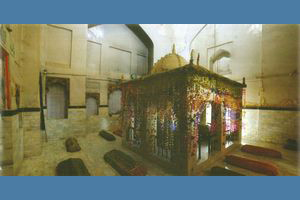 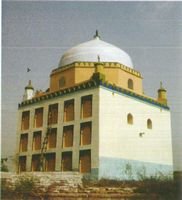