A town which is described in Chach Namah continued to flourish for years. It was the capital town of Buddhist ruler Agham Lukana situated on the bank of old course of river Indus. According to Mir Masum, Shah Beg Arghun died in its vicinity. The city existed in the 18th century and it has also been discussed by the renowned historian Mir Ali Sher Qani, in his works Maqalat-ush-Shuara and Takmila. The names of some poets hailing from this area have also been mentioned in Maqalat-ush-Shuara. The city was destroyed by Madad Khan Pathan who ransacked the whole country at the end of 18th century as is mentioned by Frere Namah and Elphinstone. Mir Haji Mohammad Khan has also described this town.

It is also known as Agham. The Lohanas, Agham, or Agham Kot, lies about thirty miles southeast from Hyderabad. Its position is not very easily identified, and the name is rarely introduced into the maps. Richard Burton has described the name of this settlement as “Angoomanoo, ” and in the Quartermaster-General's map of 1850, it has been spelt as ‘Aghamana. ” The Beg-Lar Nama says it is on the Rain. The Tuhfatul Kiram mentions it among the towns on the Sankra. Capt. McMurdo says it is on the Lohana Darya; but he strangely fixes its site at Kalakot, seven miles to the west of Thatta.

It is also called Agham Lohana. In the Chachnama we find frequent mention of a chief under that name, who was governor of Brahmanabad in the time of Chach. Lohana is the designation of a powerful tribe, which at that period, under an apparent confusion of terms, is said to have included both the Samma and Lakha clans. It can merely mean that they were then in a position of comparative subordination. Under all the vicissitudes the Lohanas have undergone, they still retain their credit, as well as their religion, and constitute the most influential tribe in Sind, whether regarded as merchants or officials. But, not confined within that narrow province, they have spread their ramifications beyond the western borders of India, and are found dispersed throughout Afghanistan, Baluchistan, and Arabia, exposed to inconveniences, insults, and dangers of no ordinary kind, in pursuit of their darling object of wealth, and final return to their native soil to enjoy the fruits of their industry. As the town of Agham is mentioned as early as the time of Muhammad Bin Qasim, we may presume that it derived its name from the Lohana chieftain above- mentioned, who was the contemporary and opponent of Chach.

The Downfall of Sindh

The Tarikh-i-Tahiri (p. 51) refers this chronogram to the period when Shah Hussain plundered Thatta, on the ground of extravagant joy having been evinced by its inhabitants upon the death of his father, Shah Beg; but this is evidently a mistake, and is adopted merely to accommodate his false chronology.

It is being considered that the famous ruler of Iran Nadir Shah or some say it Madad Shah raided the great state of Agham Kot and then they came to end. But in Chachnama it is clearly written that Maharaja Chach raided Agham Kot and married widow of Maharaja Agham Luhana at Aghamano near Gulab Leghari district Badin. Aghamano is also stated to be the native place of great intellectual of the time Watayo Faqeer.

The Death of Shah Beg Arghun

Authorities differ greatly respecting the time and place of Shah Beg’s death. The Tarkhan Nama states that it occurred in Sha’ban, 926 H. not far from Chanduka.

Mir Ma'sum says, Shah Baig died after leaving Bhakkar, on his way to Gujrat. That very night, he adds, Shah Husain was proclaimed his successor, and, three years afterwards, Shah Beg's coffin was convoyed to Mecca, where a lofty tomb was erected over it. He mentions (MS. p. 171) that Shah Husain's succession took place at Nawrpur, though he has previously led us to suppose it was Agham. 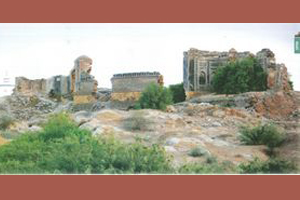 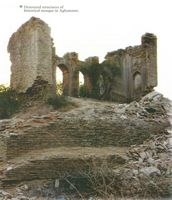 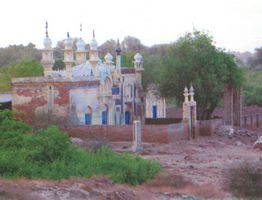 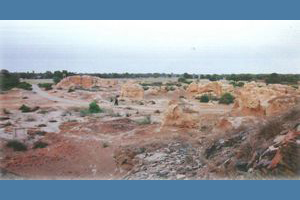 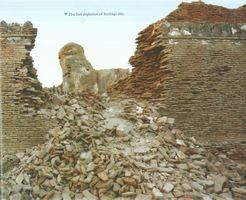 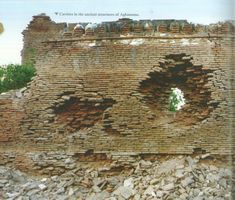 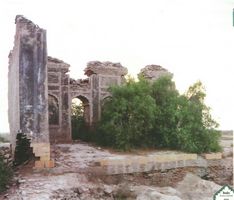 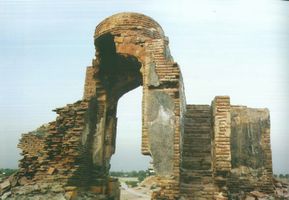