(Dargah Sharif Pir Jhando) Pir Sain Syed Ehsanullah Shah Rashdi (may Allah have mercy on him) alias Pir Sain  Sunnat migrated and laid the foundation of this village. Taluka New Saeedabad in Sindh Province of Pakistan. The village is historically known for its Islamic movement, which used to be a well-established Islamic institute in the region for Islamic religious and educational services. Rashdi family of Dargah Sharif Pir Jhando is descendant of Pirsain Syed Muhammad Rashid Shah (known as Pirsain Roze dhani)

Pir Sain Syed Ahsanullah Shah Rashdi known as (sunnat dhani) 5th Sajjada Nasheen Pir of jhando, the son of Pir Sain Syed Rushdullah Shah, was born in the Village Pir Jhando which is situated near New Saeedabad Sindh. He was brought up in a spiritually pure environment of his home. He received his initial education form Madaris Dar ul Rashad , which was established by his father, at Pir Jhando.

He developed a tremendous potential as a teacher and preacher. He, accordingly, took these two tasks with a great sense of responsibility and enthusiasm. One of the key objectives of his life was to practice and promote the shariah that was brought to us by our beloved Master Muhammad PBUH. He enjoyed a special attachment with the library and Madrisah Dar-ur-Rahad.

The library which enjoyed heights of progress in the times of Pir Syed Rushdullah Shah Rashdi faced hardships in subsequent periods. But, Pir Syed Ahsanullah Shah looked after the library with a great care and responsibility. He uplifted its status and prestigue by adding a number of useful titles on the subjects of Tasfeer, Hadith, Asma-ur-Rijal, History and other fields of Knowledge. Since he inherited the love of Hadith from his father and developed it further under the guidance of noble Imams, he collected and spent a huge amount of funds to gather relevant manuscripts from Makkah, Madinah, Iraq, Egypt, Syria, India and many other countries. Due to this love and attachment with the Sunnah of Rasool Allah PBUH. He was known as the Man of Sunnah. Practicing the Sunnah was an integral ingredient of his body and soul as if it was infused in his blood.  In a very short timeframe, he was able to make significant educational, spiritual and theological achievements, (Someone did black magic on him He departed from this world at the young age of 45.)

His son (Pir Syed Mohibullah Shah Rashdi 6th Sajjada Nasheen Pir Of Jhando) Known as al-Aalim). He was born on the 29th of Muharram in 1340h corresponding to 12th october 1921ce in the village of Pir Jhando in the district of Matiari. He is Mohibullah Ibn Ehsanullah Ibn Rushdullah. His name was chosen by his Grandfather Sayyid Rushdullah Shah. His kunyah is Pir Sayed Muhammad Yaseen Shah Rashdi, his kunyah used to be Abu Rooh after the name of his older son Rooh however he died in a car accident when he was 13 or 14 and thereafter the Pir sain changed his kunyah to Pir sayed Muhammad Yaseen Shah Rashdi (7th Pir of Jhando)after the name of his second eldest son.

Sayyid Rushdullah Shah Rashdi, the Pir of Jhando, died in 1922, there was a dispute between two of his sons over the gadi and its property. The litigation climbed the legal ladder until it eventually reached the Privy Council in London. With no alternatives left, the unsuccessful litigant was forced to accept the failure of his attempt to become sajjada nasheen however the two halves of the family remained estranged for years. The ability to appeal to a higher authority provided a 'safety-net' in the event of initial failure as it was often possible to reach a more favourable judgement in a different court room. The appeals procedure was an expensive one but, pirs with the backing of their murids were well equipped to make the most of it. Their overall acceptance of the processes of British law was also highlighted by their willingness to involve themselves in other aspects of the legal system such as by becoming honorary magistrates. Although this formed part of the overall structure of British patronage, it underlined the fact that pirs had developed a sufficiently healthy respect for the process of law for their appointments not to be regarded as impractical or even farcical, and by the 1940s, many leading pirs.

The British in Sind constructed a system of political control which hinged on the cooperation of landed elites, of whom pirs made up a sizeable proportion. These elites looked after local affairs and represented local interests: they were 'the interpreters between Government and the general body of the population'. Just as the authorities relied on collaboration, local powerholders needed the economic security and social status which the system gave them. In operating and taking advantage of the system, both sides were prepared to be pragmatic: officials used their discretion when applying the rules, while pirs rarely hesitated to take advantage of new ways of increasing their power and prestige. The very section of the elite which in theory, had most to lose from being too closely associated with the administration, found that there was much to gain from maintaining a good 'working relationship' with their new 'infidel' rulers. Many of them managed to retain an aura of spiritual aloofness at the same time as making the most of the benefits of cooperation. In the long run, their willingness to participate in the British system of political control helped endow pir families with the resilience needed to cope with colonial rule. 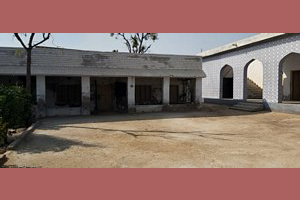 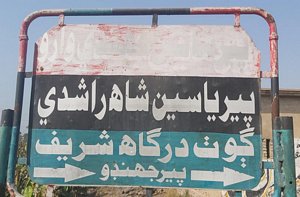 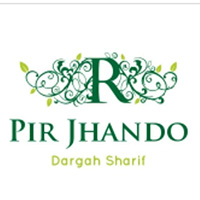 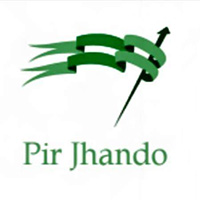