Hindu temples near rivers or the sea have a special religious significance attached to them. So does the Varun Dev temple at Manora, which is said to look out for the safety of fishermen at sea. After seeing almost complete ruin, it is being restored now, thanks to some timely funding.

The steps and front door letting one inside the temple courtyard is missing. In its place the person guarding the place has piled up some construction material. The temple shikhara has also tilted to one side. There used to be a well in the courtyard that's caved in. The stone work has corroded, the stucco work destroyed. The plinths also are in bad condition. A new structure, not a part of the original one, is blocking the temple view from one side.

Kishan Maharaj, who has been guarding the temple for eight years, says that many devotees who arrive there for pooja come from far away by boat. “They say that they had a dream to come and touch their foreheads at the feet of the deities here. But there are only one or two deities left here now. The place has been vandalised and ransacked several times beginning from Partition days,” the Maharaj says.

There is also a makeshift brick wall covering the main entrance to the main prayer area. “It was built to prevent the robbers from getting inside, but most of the things had already vanished by then,” he says.

“Actually, the temple was sealed in the 1990s, after the Babri Mosque incident in Ayodhya, India, when people broke inside and desecrated the place,” said project director Dr Asma Ibrahim, representing Sindh Exploration and Adventure, an NGO working at restoring the temple.

“The temple, which also houses two smaller temples, the Jhoolay Laal and Shiv temples, has seen plenty of repairs since the 1970s but these have contributed more towards damaging the building than preserving it. Unskilled people had fixed tiles using concrete, which resulted in damaging the surface of the structure. Had we not received the funding for restoring the temple, it would certainly have collapsed,” the project director says.

Money for restoring the Varun Dev temple is being provided by the US Ambassador's Fund for Cultural Preservation. “We are going about the work with care. We are now into the second quarter of the funding and hope to complete work by Oct 30.

“We have an entire team working on the project. I am the project director. Kaleemullah Lashari is the conservation director. Then we have other experts, too, like Zulfiquar sahib with some students also. We also have the consent of the Pakistan Navy, cantonment board and Sindh Government.

“We started very methodically with research. We are taking samples of the material already used for earlier attempts at preserving the place to analyse and understand what hurt the repairs and why the materials used earlier didn't work. We are also documenting our work and findings as we go,” Dr Ibrahim says.

“This is very complicated work. Our groundwork and investigations show that even if we remove one wrong stone, the already fragile structure will just crumble.”

Besides the temple, there are also two gurdwaras for the Sikh community and a church for Christians nearby. “Manora was a multicultural island, enjoying much ethnicity. The gurdwaras and church are still standing and open for prayers but the temple has been unlucky in this regard. There is also a canteen built on the temple land. Besides are other work, we are also trying to make the encroachers see some sense. But there is plenty to do before that,” says Dr Ibrahim. 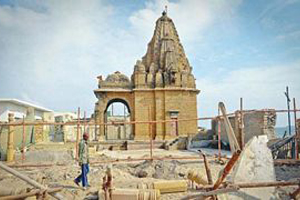 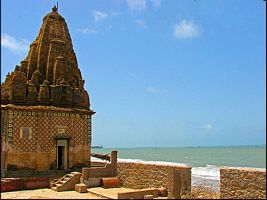 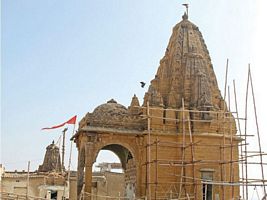 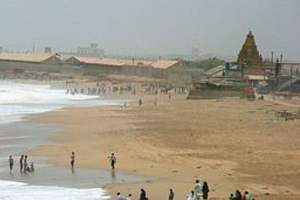 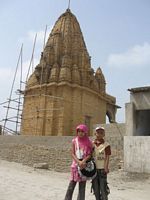