Merewether Clock Tower or Merewether Tower is located in Karachi, Sindh. It was raised by public subscription as a memorial for Sir William L. Merewether. Designed by James Strachan, the Municipal Engineer, the foundation stone was laid by the Governor of Bombay, Sir James Fergusson in 1884. It was formally opened to the public in 1892 by the Commissioner in Sind, Sir Evan James.

The Tower stands on a base of 44 feet square and rises to a height of 102 feet. Strachan designed the tower in the Gothic Revival style popular in Victorian England, to evoke the architecture of Medieval England (11th to 15th century A.D.). The structure is built in buff colored Gizri stone and shows a heightened sensitivity to detailing and emphasis on carving and decoration. The architecture takes the form of an Eleanor cross. Eleanor crosses were a series of 12 monuments erected in England by King Edward I between 1291 and 1294, in memory of his wife, Eleanor of Castile. Three of the original Eleanor Crosses still exist in England. Many similar neo-Gothic style structures were built in Victorian England, and impressive clock towers are found all over Pakistan. 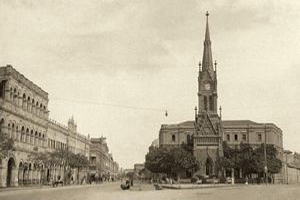 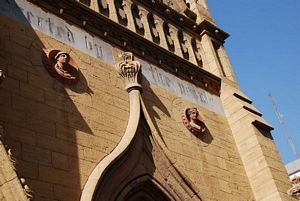 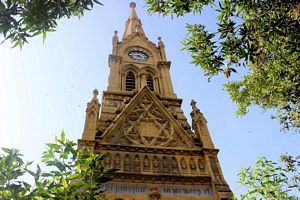 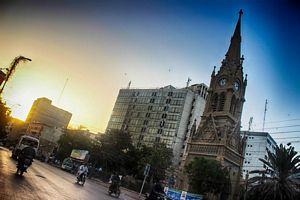 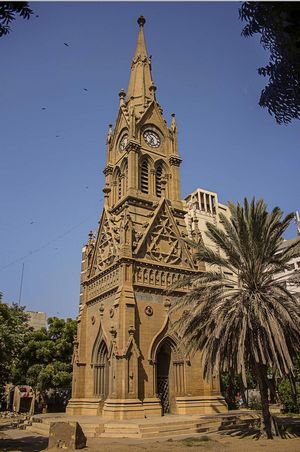 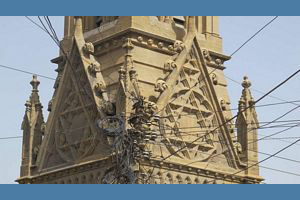 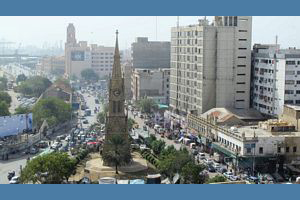