Tombstones are regionally known as Rumis and those belonging to males are adorned with the depictions of riders and weapons, while the Rumis of females bear jewelry depictions. The height of the Rumis which range from 4 to 18 feet demonstrates the status and position of the dignitary in his life time. Most of the taller Rumis belong to the descendants of Jam Lohar, Jam Hamal, Jam Bapar and Jam Baadin; entire erected at the necropolis of the Burfats.

The tombstones of the royal family are either constructed on a double platform or there is a attractive gallery around the structures. These tombstones have more decorations in contrast to the others.

The Burfats are a valiant and courageous tribe of Sindh. They played a very significant role in the socio-political history of Sindh province during the reign of the Sammas (1350-1520), the Arghuns (1520-1555), the Tarkhans (1555-1590), the Mughals (1590-1700), the Kalhoras (1700-173) and the Talpurs (1783-1843). When the Arghuns supplanted the Samma dynasty, the Burfats, who are also an offshoot of the Sammas, started a guerilla war against them. They utilized to ransack the villages and towns which fell under the dominion of the Arghuns and unleashed a reign of terror. The Arghuns were badly scared of the rising guerilla strategies of the Burfats. They were not able to subdue the tribe. The Mughals bestowed few jagirs upon them. Likewise, the Kalhoras also provided them importance.

Thana Bula Khan is a key town in Kohistan located some 140 kilometers from Karachi city and 76 kilometers from Hyderabad city. The landscape of Kohistan is dotted with various historical graveyards. Although, the necropolis or Taung Tombs of Burfats in Taung is quite popular. Taung is a fertile and awe-inspiring town in Kohistan. Its name is a phonetic variation of Tanager Rai, a Buddhist merchant who lived during the era of the Buddhist Rais of Sindh (499-641 A.D). He was very rich; that is why still individuals say that the meaning of ‘Taung' is rich. He controlled and managed the business of the mountainous and hilly places of Sindh province and Baluchistan. 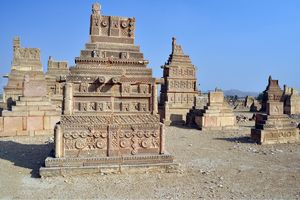 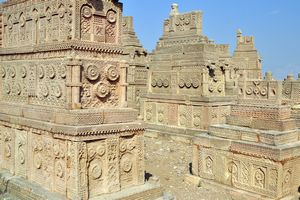 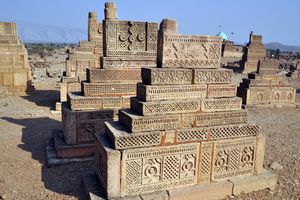 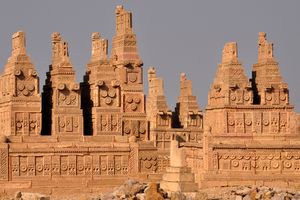