Hazrat Shah Awais Qarni was mystic Sahabi of the holy prophet Hazrat Muhammad (PBUH) including follower of Hazrat Ali (A. S). According to some historical accounts he was born in village 'Qarn' in 594 AD in Yemen. He spread teachings of Islam with his mystic circle as an companion of holy prophet (PBUH). By following Hazra Muhammad he always preferred to poverty and simple life. He grazed sheep and camels. History reveals that he died in 657 AD and was buried in 'al-Raqqa' Syria. It has been mentioned in history that his burial place in syria was demolished. As for burial place of Shah Awais Qarni in Sindh near Manjhand District Jamshoro, it is believed that he came together with his mother and camels during the middle decades of 7th century AD and settled at a place where he and his mother are buried. He preached mysticism and lslan here in the area. According to local legends he and his mother died and buried here. Gadi Nasheen Nazar Muhammad Roonjho told that burial of Shah Awais Qarn's mother is only hrein Sindh. However, the mausoleums of Shah Awais Qarni and his mother are on top of the separate hills which are situated at a distance of approximately 5 kilometers from Manjhand Town towards west. 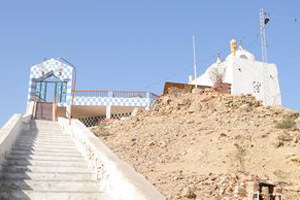 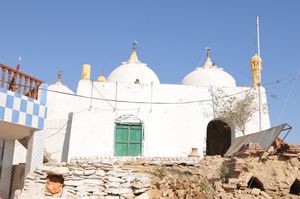 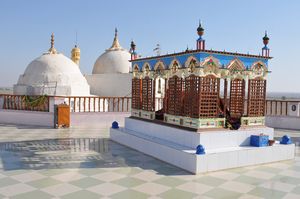 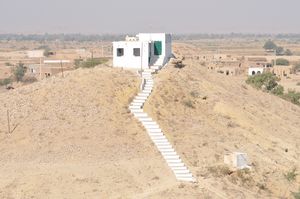 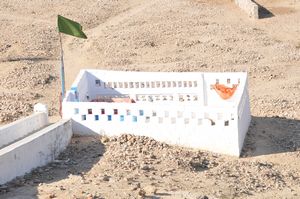 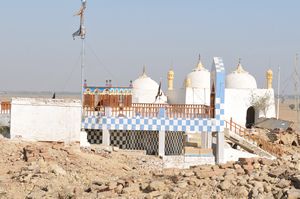 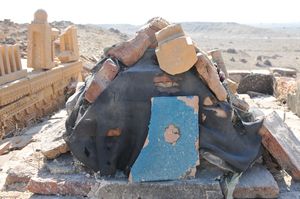 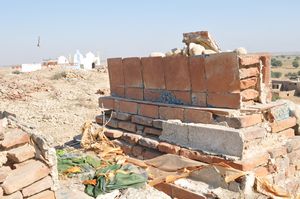 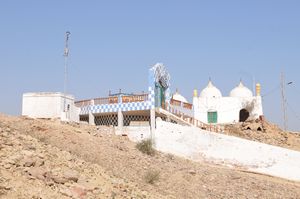