Following the creation of Gymkhana Hyderabad, which served as an exclusive club for the social gatherings of civilian & the military bureaucracy of colonial times, city's wealthy Hindu populace took to find out awareness for the similar facility and hence an organization called Hyderabad Association was founded and registered under Societies Act 1860, under which a club was constructed in 1922, which was named after Seth Dialdas Moolchand. It is situated just opposite to the Collector's residence on Miran Muhammad Shah Road. Diwan Lilaram Jethmal and Lekhraj Hikmatrai were chosen as its first President and Secretary General. 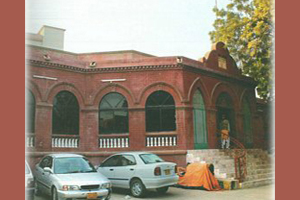 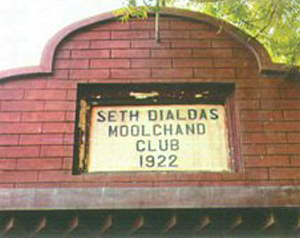