﻿The shrine of Shaikh Karhiyo Bhandari is situated about 8 kilometers in the south from Bhugrra Memon village near sea shore. Just behind the tomb of Shaikh Karhiyo lies the grave of BB Biboo, the grand mother of Shaikh Karhiyo Bhandari, who was born in 675 AH (1276 AD). The followers of the shrine mostly belong to Shaikh community and shrine's suburbs are also inhabited by the community in large number. Main villages that come on the way are Golo Patail (inhabited by the communities of Sodha, Mendhros and Maheerras), Haji Hajan Mallah (inhabited by Mallahs). Renowned historian Late Muhammad Soomar Shaikh also belonged to this village. The ancient tomb was demolished by the community and a new tomb was built recently. The tomb is situated on a platform which is surrounded by an ancient graveyard. The whole area is richly saturated with deposits of pottery shreds. Recently an illegal excavation on the site was carried out causing irreparable loss to the ancient site. At the time of annual urs which is usually celebrated on the 12th month of the Hijra calander, community members hailing from the nook and corner of the province converge here in large number and make seven rounds around the ring and recite a short prayer loudly. In the middle of the ring fire is lit and every male pilgrim compulsorily perform rounds around the fire and go on reciting 'Allah Alo, Halya Halo in chorus. 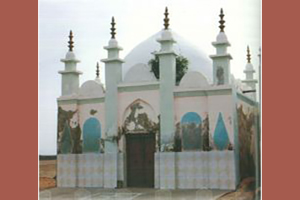 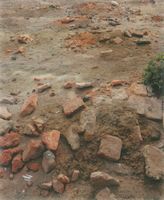 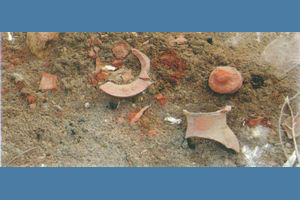 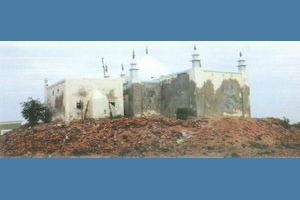 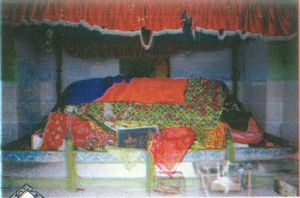