﻿The ancient site of Roopa Marri, where the grave of Dodo Soomro, then legendry ruler of Soomra dynasty is situated, is a much neglected archaeological site, which has been off and on ravaged by the sea waters as well as the torrential rains, which lashed it during number of times in the remote as well as the recent past, causing irreparable loss to the monuments. The site is situated about 50 kms off Badin in the south on main Seerani Road.

A rich deposits of broken pottery as well as brick bats spread all over the site. A huge mound of debris which lies behind the tomb is presumed to be the residence of Dodo Soomro. Structures of an ancient mosque are also visible on the site. The mound of Chanesar (brother of Dodo Soomro) is situated at a brief distance from the tomb.

The mela of Dodo Soomro is celebrated every year in the month of April. Soomro community from all over the province organise the fare and take part in the celebrations in large number. 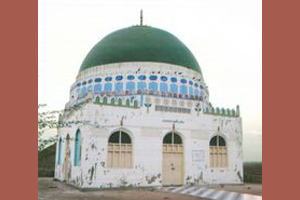 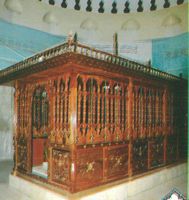 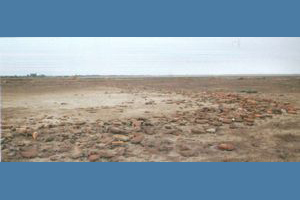 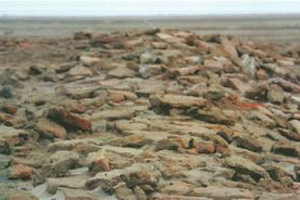