The site is presently in a disturbed condition, damaged by the construction of Diplo-Badin Road, cutting the site into two parts, the cultural material is found scattered on both sides of the road.

There are traces of burnt and mud brick structures visible on the surface of the southern part of the mound along with cultural material profusely scattered on the surface.

Rich deposits of pottery shreds and broken bricks bats lie scattered on both the sides of main Deeplo- Mithi highway, about 22 kms off in the south from Kadhan town. The site is in deh Booharrki. Deeplo is about 60 kms off here. Like other places of historical significance spreading elsewhere in the province, this site is also a neglected and much ignored in all respects. Main Deeplo Highway was constructed across the ruins causing immense loss and damage to the site. The site is also richly saturated with stone pieces of black colour. The traces of ancient structures are also visible at some places and the straight walls of brick masonry can be seen. The site is surrounded by the sand dunes. People of the area making most of the opportunity has carried out agricultural activity with in the remits of the site and have brought a large portion of the site under cultivation. Debris of the site can be found lying in heaps. An un controlled encroachment on the site has put the life of ruins at stake and it is feared that if the trend was not stopped forthwith, it is likely that the whole site would be converted into a cultivatable land. During rainy seasons local people usually carry out surface collection on the site and they claim to have recovered some precious ornaments including gold. The fact needed to be verified with evidence. 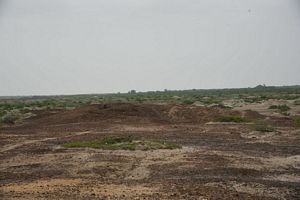 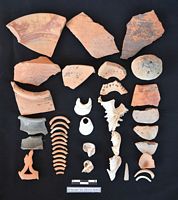 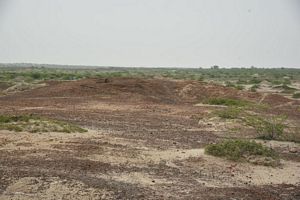 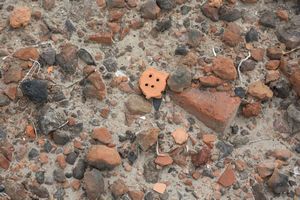 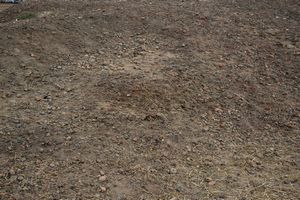 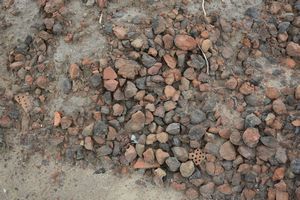 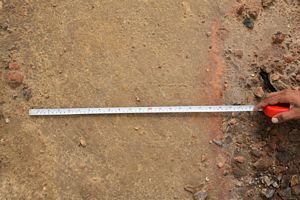 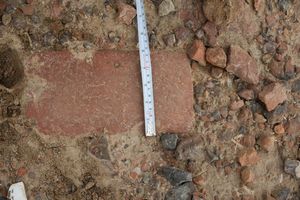