﻿Comparatively a very small and a single domed mosque on the left bank of the river behind the Darbar of Bhaee Wassan Ram is stated to be built during Mughal period. It is famous as Ali Asmani mosque because it is situated near to grave of Ali Asmani Shah. During the peak flood seasons the mosque oftenly marooned under it. The purpose of constructing number of mosques on the river bank was to facilitate the travelers to offer prayers. The mosque is situated in the low lying area and as a consequence of earth filling in and around it, the building has substantially got buried. 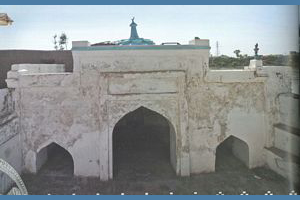 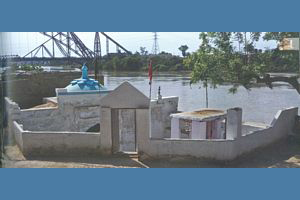 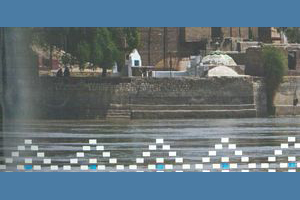