The ruins of old settlement spreading over 8 acres (much of the land has been encroached and occupied by the local villagers has a historical significance and hither to visited or researched by none. Almost all the old buildings ceased to exist except 2 structures made of Kacha bricks still exists. Broken shreds of earthen pottery and pieces of Paka bricks scattered around provide substantial evidence about the ruins belonging to unknown period. However, the local residence, who have encroached and unauthorizedly occupied and made constructions on this historical site misguide as that this was a village predominated by Hindus, who shifted to India soon after the partition (1947), which is illogical and absurd. An old monument of Hindus in the middle of these ruins called as Kakoo Bhagat is a frequently visited place of Hindu pilgrims. This site is situated in Ben, Gandahoo of Taluka Nara near Choondko. 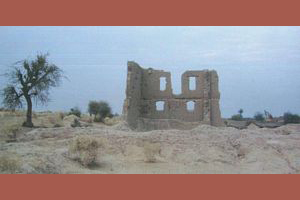 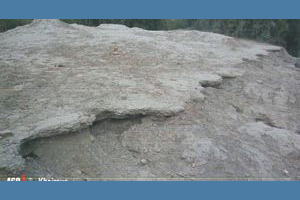 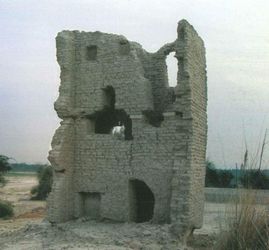 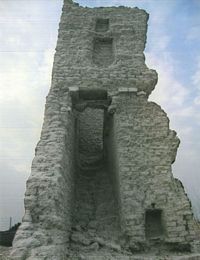