On our way to Imam Garrh fort deep in the Achrro Thar (white desert), we made our first stop at village Luk after an hour long journey from Nara gate. (Choondko). This village is situated about 30 kilometers from Tajal. The village or the entire region is a predominant Hur area. The village was once visited by Hazrat Muhammad Rashid Rozay Dhani. He stayed a night here and the next day he led a Juma prayer. Following the event, the mureeds erected a masque at that very place in memory of their revered murshid. Initially it was made up of thatches, wild bushes and wooden logs. Its name was reportedly suggested by Hazrat Rozay Dhani himself. Luk is a short form of Lakyari, to which Hazrat Rozay Dhani belonged. More than century old mosque was recently demolished and a new mosque has been constructed at its site. 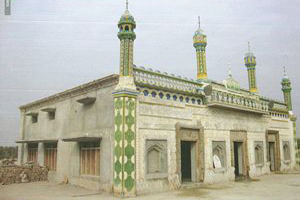 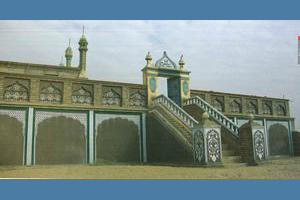