Ruins or the mound of the Suteh is situated in Deh Suteh near Khiari in Taluka Faiz Ganj. This is an ancient site and has been by and large unauthorizedly encroached by the people of schedule cast. Beside this site, lies the Otaq of Mr. Rafeeque Banbhan, M.P.A. It is said the local people have excavated ancient Paka bricks out of this mound and used them for their domestic use. The whole site spreads over about two acres of land and comprised over two mounds. 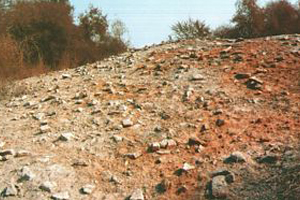 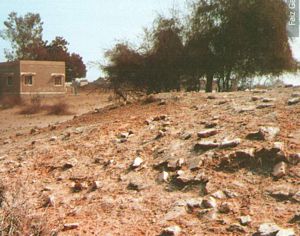 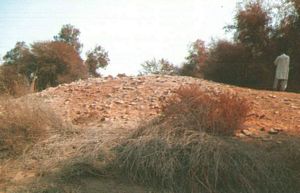