Almost a century old baked-brick mosque in village Ghulam Nabi Khan Rajper, Deh Raees Ghulam Nabi Khan Rajper, near Kot Laloo is at the verge of collapse, following visible marks of fissures that appear in its dome as well as thick walls. It is a much neglected architectural monument. The villagers have decided in principle to demolish it and construct a new one. The mosque spreads over a brief area. 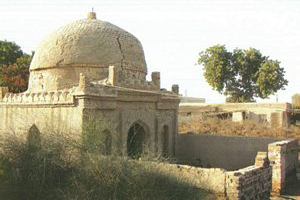 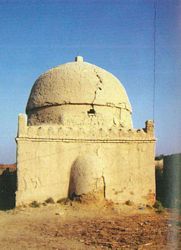