﻿The two storied Main Primary School of Rohri located near Gangoti Ground is believed to be one of the oldest educational institutions of the town. The adjoining building of old high school was recently demolished and new building was constructed. It has been converted into Girls Higher Secondary School. The year of the construction of primary school is not confirmed. However, Chacha Ghulam Hussain Shah Moosvi, an old resident and the one time teacher of this school claims that it might have been built during the early 20th century. The plan of school is identical to the one at Garhi Khairo (district Jacobaba), which was built in the 1930s. 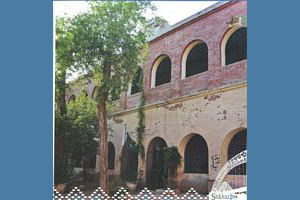 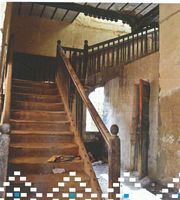