This 200 years old temple, has many a names to its accounts. Some call it Marrhee Waro Mandir, some say it is Darbar Lal Sain (Odero Lal), few mention it as Amar Lal, while many of its diehard followers call it Darya Shah Darbar.

This is oldest temple in the whole area and can rightly be rated as contemporary worship point of Hindus in the mid stream of river Indus at Sukkur, known as Sadhoo Belo.

Dad Parsram the shewadari (retainer) of the temple disclosed that during the course of its repair some time ago, an old floor tile which was uprooted for necessary replacement, it came as a surprise for all when they found the inscription of its date of manufacture as 1837.

The very inscription on the tile wrote as "Ganesh Tile Works, Sukkur, 1837".

This temple is situated on the old route of the river Indus. The "Jote" (lamp) flaming all the times in this temple was reportedly transported from Khwaja Khizir alias Zinda Pir in Sukkur.

There still exists 8 temples (unfortunately all are not in their original shape or hold the same design) in this predominately a Muslim town with hardly a population of 200 houses of Hindu community. An old lush green and shady Barr tree which stands in its entrance, is witness to its glory and heydays. 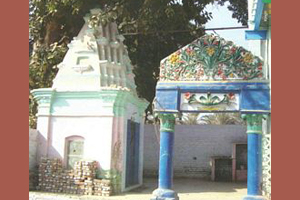 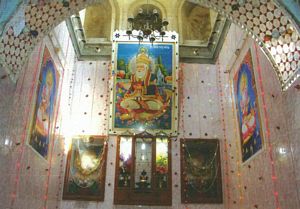 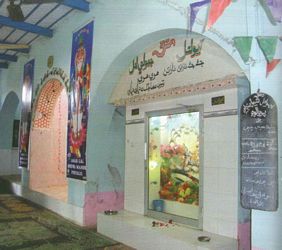 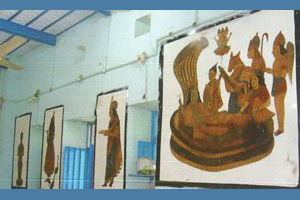