The founder of gaddi of Piryanloye or Piryalo (as commonly pronounced) was Syed Saleh Shah Sawaee, who belonged to Naqvi Sadat School of thought. His Dargah is situated in the main entrance of the town near taxi stand. His father Syed Bahauddin Shah traveled to Rohri from Uch Shareef and established a Dargah of Hajan Shah there. Hajan Shah was actually a khalifa of Bahauddin Shah. He had four sons namely: Saleh Shah, Tharoo Shah, Soofan Shah and Morial Shah. Tharoo Shah later on became the founder of a town named after him in district Naushahro Feroze. Soofan Shah shifted to village Traggar Baghban, taluka Dokri and is survived by Khadim Hussain Shah and Qurban Ali Shah and their off spring. Syed Saleh Shah remained in Piryalo all along Mian Noor Muhammad Kalhoro, once a ruler of Kalhora dynasty, came to him and after meeting him become his disciple. He was also a good poet of Sindhi language. He had two sons named: Shair Muhammad Shah and Hyder Ali Shah. After the demise of Syed Saleh Shah his younger son Shair Muhammad Shah attained the gaddi while Hyder Ali Shah adopted the life of a faqeer.

It is said that the family of Shah Bahadi was chased away by the forces of Muhammad Bin Qasim due to their sufistic leanings. They temporarily shifted to Bukhara. However, after the depiarture of Muhammad bin Qasim, they came to Sindh and found'a tbmfortable and harmonious place and respect among the masses. The Gadi Nasheen of this Dargah is Ghulam Mehdi Shah and keeps a rare Quranic Manuscript written by Makhdoom Muhammad lsmaeel. The copy got laminated by Mr. Bachal Sangree, the retired Police officer of the area. 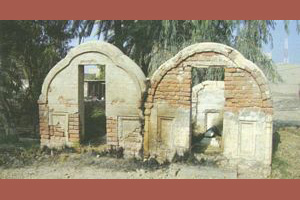 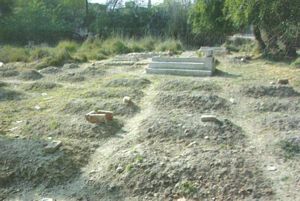 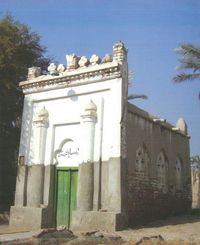