﻿Upper Sindh's town of Sukkur has a singular significance of being home to a couple of monumental bridges and the barrage of unique character and the stature across the river Indus. An ingeniously designed Lansdowne railway bridge on the River Indus, was completed and opened to traffic on March 27,1889 and hence it became one of the longest rigid girder bridges in the world. The bridge hugs together the twin cities of Rohri and Sukkur and hence reducing the time and space. It is regarded as a great feat of engineering of 19th century. It is a suspension bridge, (pillar less, weighing 30,300 tons). The bridge spans 200 feet in the centre, and extends 310 feet on each bank, a total length of 820 feet and its width is 15 feet. Moreover, it has the longest cantilever span in the world and thus it is accredited as a monument of engineering feat. The proposal to construct the bridge was floated between 1872 and 1874. The material was imported from abroad and it began reaching the site in 1879. Expenditure on the bridge was estimated at about Rs 3,375,000. The contract of the bridge was awarded to the Westwood and Bailey Company of England, and Mr. F.A. Robertson was the Chief Engineer.

It was inaugurated by Lord Reay, then Governor of Bombay, which was largely attended by dignitaries from all over Sindh. The bridge was named after Lora Lansdowne, then Governor General.

Construction material of the Ayub bridge on the display at the deserted model room.

A single room site museum of Ayub bridge located between the feet of bridge near to Bakhar fort, has been left redundant following the unauthorised shifting of models and rare photo frames to Railway Headquarters Lahore and Jehlum Railway Museum. The museum has been unfortunately closed to visitors or the researchers about five years ago. 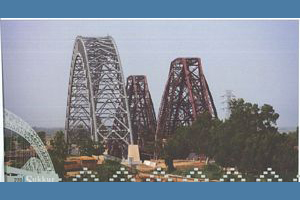 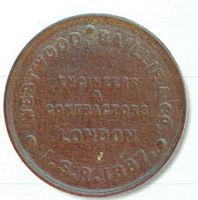 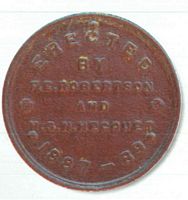 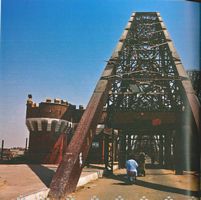 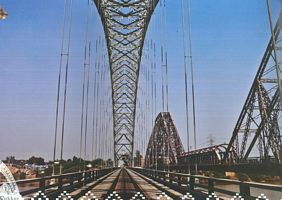 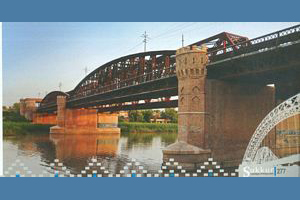 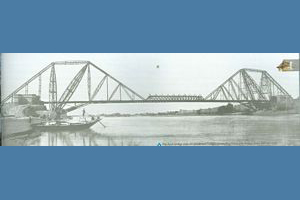 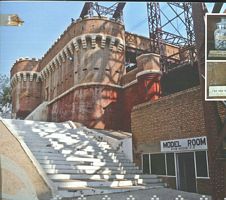 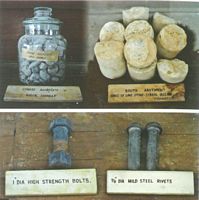 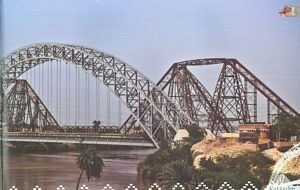 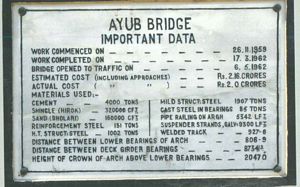 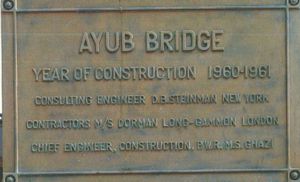 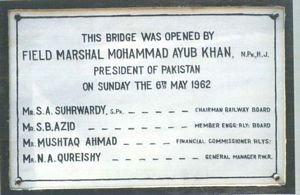 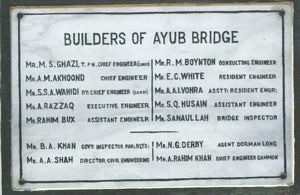 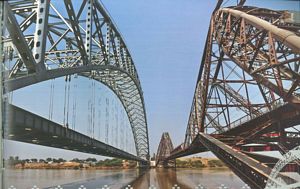