Almost a century old tomb near village Rasoolabad, taluka Garhi Khairo, about 10 kms off Dodapur in the north, is famous as the Luhar's tomb. Luhar is a Baloch caste affiliated with Buledi tribe.

We had to walk up to three kilometers to reach the tomb which was marooned in flood water. The tomb houses as many as 8 graves out of which only three bear stones describing deceaseds' life account in nut shell. One of the grave bears the name as Rasool Bakhsh besides it is the grave of Allah Rakhio. Mir Dad Muhammad Khan Luhar, the Chief Sardar of his tribe confirmed that his grand father Mir Dad Muhammad Khan, who was murdered in Gandakho area of Balochistan, was also buried in the same tomb. He further claimed that the tomb was built by his great great grand father Mir Mughem Khan Luhar. The tombstones are written in Persian script. Nearly at a distance of about six kilometers there are two more tombs housing the notables of the Dahani and Sonani tribes, which are again the sub-clans of Buledi tribe. These tombs are situated near Jafferabad and deh Jamalabad of Jacobabad. The flood waters have put them in grave danger and they require urgent attention by the agencies concerned to come to their rescue. Both the tombs were inaccessible and were completely marooned in the flood waters.

All these three tombs vary in size but their design is almost the same. Rasool Bakhsh's tomb is about 80 feet high and has a stairway. The total covered area of the tomb was measured as 30x30 squire feet. The tomb is at high risk to be damaged because it remained marooned in flood waters for more than 6 months. According to history as narrated by Sardar Dad Muhammad Luhar, that the Luhar tribe migrated from Aleppo & settled in Sistan ranges. Sardar Mughem Khan, the great great grandfather of present Sardar Mir Dad Muhammad Khan held chair in Commissioner's Darbar of Sindh during colonial period. His son Dad Muhammad Khan succeeded him in darbar and also became the member of local jirga. After the demise of Mir Allah Rakhio Khan, his son Mir Dad Muhammad Khan Luhar became the Sardar of the tribe in 1979. He was elected member of District Council and the Chairman of Sindh Abadgar Board. 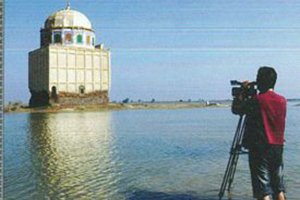 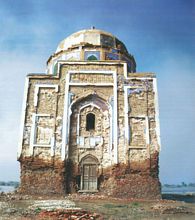 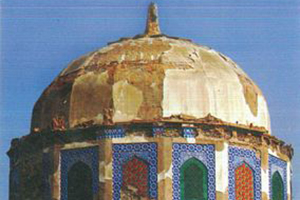 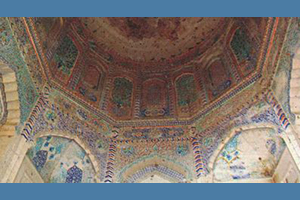