Garrhi Khairo town is one of the oldest and prosperous trade centres of Jacobabad district. Town's trade activity was exclusively connected with the predominant Hindu community. Hindu merchants were rich and avid lovers of making and maintaining spacious and airy residential places. With the migration of Usto community from Delhi to Jacobabad and its suburbs the construction activity in the area grown to an un proportional level. The Ustos were basically the masonry workers and they introduced new trends in the design as well as the construction patterns which were hitherto un known to the local populace. Moreover, the masons were also comparatively low waged. Making most of the opportunity, the local rich Hindu community began construction activity and constructed dozens of marvelously designed and well-conceived buildings, mansions, palaces and the villas. Besides the masons of Usto community, Sindh Workies of Shikarpur were also reportedly used to be employed and engaged for the purpose. During the early 20th century this town witnessed unprecedented architectural growth. Unfortunately, most of the buildings of the said period couldn't survive the tide of the time and hence lost their existence in the wake of growing commercialism. However, hardly there remain a few worth visiting buildings which have withstood the wreath of the public at large and add to the beauty of the town. Among them includes the Otaq of Deevan Qeemat Rai (brother of Keerat Rai), presently occupied by Haji Abdul Majeed son of Lai Bakhsh Brohi, the three storied haveli of Saith Jarro Mai (presently occupied by Khair Muhammad Shah) in the Hindu Mohalla, Dewan Keerat Rai Building, two storied house in the Shahi Bazar, presently occupied by Manjhan Khan Panhwer, old Post office and many more.

Almost half of the portion of the town was submerged during the August 2010 floods. The town witnessed un precedented destruction and experienced lot of hardships in the wake of mass exodus. The floods caused immeasurable damage to the infrastructure and other valuable installations or the standing agricultural crops. During the time of emergency. A group of seven people who happened to be the native of the town stayed back in the town despite repeated warnings and the threats by the relief operation teams. During their stay in the town, they assisted relief providing agencies and also arranged burial of dead bodies they recovered floating in the flood water. They also kept vigilance on the houses which were left by the owners and shifted to the safer places. On the bases of their exemplary performance they are regarded as the Heroes of Garrhi Khairo. The group of volunteers was headed by Muhammad Rafiq Brohi, Muhammad Nawaz Umrani, Comrade Heeranand, Khalid Hussain Sarki (SHO), Anwar Jamal and Soofi Nihal Faqeer.

Soofi Nihal faqeer, who happened to be the disciple of Soofi Faqeer Rakhial Shah of Fatehpur (Balochistan), maintains his Astana in a corner of the town where, three time food is served to its visitors. During the floods which hit the town and all the inhabitants escaped to safer places, it was Soofi Faqeer Nihal who steadfastly remained at his place and continued serving 'lunger' among the IDPs as well as the law enforcement agencies. He served the people through out flood emergency.! 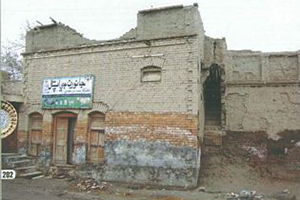 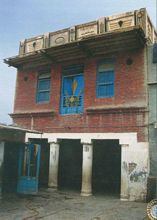 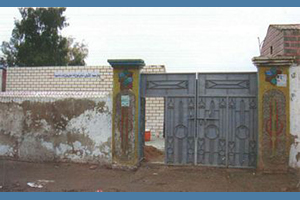 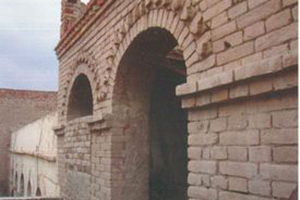