We reached to Irrigation bungalow after a long walk across the town accompanying Agha Hussain Umrani, a local school teacher and Rafiq Brohi, who volunteered his services in relief operation during floods. The rest house is in the low-lying area while the residential quarters for the small employees are comparatively on higher side. During the floods, the rest house was completely inundated while the residential quarters remained safe from the flooding waters and some local people could found refuge here along with their cattle heads. Situated on the left bank of Seer Wah, Garrhi Khairo's one of the rare buildings of the colonial era was built in 1918 as mentioned on the plaque. The building of the irrigation Bungalow or the rest house was in use by the staff of the department until the deluge of 2010. More than a couple of months long inundation of the structures further deteriorated the already fragile architecture. The bungalow is partly built up of red bricks while the interior portion is constructed with sun-dried bricks.

weak and its fragile structures posed threat of caving in. He further demanded from the provincial authorities to help in constructing the madarsa besides the mosque which was also demolished during the renovation of the mosque. The wooden doors of the front elevation have been uprooted & placed inside. 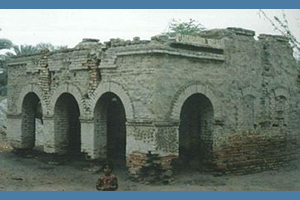 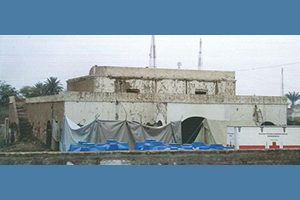 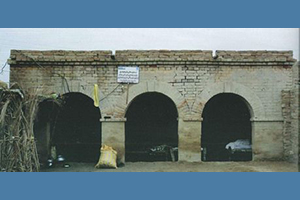 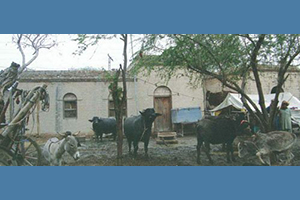