While accompanying our hosts, we made a brief stop over in the area which was once predominated by the Hindu merchants and tycoons. Even today the locality is famous as Hindu mohalla of Garhi Khairo town despite the fact Hindus are no more in majority in the area but their left away highly valuable tangible heritage is still noted and quoted at different places with a degree of respect and remain centre of attraction for many visitors.

Although most of the multi storied monumental houses and havelis of Hindu merchants no more exist. However, there are very few, which could survive public wreath and still exist with fragile structures. One such last piece of indigenous architecture belonged to Deevan Keerat Rai, which is presently owned by Mewa Khan Brohi. Deevan Keerat Rai left his native town and shifted to India in the wake of Indo-Pak partition. It has four storeys and some of its portions have been destroyed. Up until the mid 1980s this building was housing the branch office of National Bank of Pakistan (NBP).

Its wood work in its front portion and wooden reinforcement in the structures have great architectural significance. Both baked as well as the un baked bricks have been used in its structures with mud plastering. The building remained intact from the summer floods of 2010 which marooned whole the town and its surroundings. Nothing concrete can be said about its year of construction however, its occupants as well as the local residents say that this is one of the oldest buildings of the town. 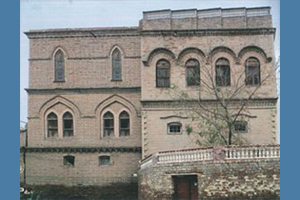 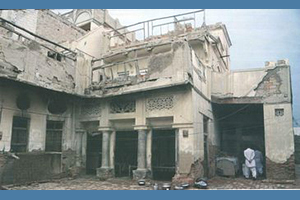 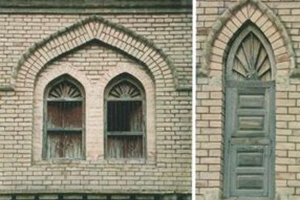 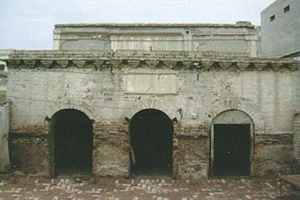