Qadirpur is the principal seat of Khoso tribe spreading in Sindh or else where in the country. The small village on the way to Garhi Khairo and as many as 30 kms off Jacobaoad town has a rich heritage of tribal customs and traditions. Every man or a woman here is somehow equipped with anecdotes or the stories pertaining to the life and times of Sardar Abdur Rahim Khan Khoso, the crownless king of the district during the colonial period. In his capacity as the chief of his clan he was granted magisterial powers and allowed to run the court in his village. The red brick building is very much intact - but deserted - and famous as Court Bungalow. He was a first class bird shot. According to Pir Ali Muhammad Shah Rashidi (Sindh Ways & Days, Shikar & Other Memories, Oxford University Press, 2003), Abdur Rahim Khoso, though seriously handicaped by his bulk, was so dexterous with his gun, that he could almost simultaneously drop four flying birds out of the same covey of partridge with his pair of Greeners. It was marvel to see him liquidating flock upon flock of these birds. He was equally facile with his gun. Also obese, and unable to walk in a straight line, he hunted from horseback. Shooting from that disadvantageous position, the horse generally catering, he rarely missed a shot, whether to his right or his left.

Mr. Muhammad Alam Khoso, the old resident of the village claims that the premises of the Court Bungalow or the Garrho Bungalow was very extensive but slowly and gradually it was dismantled and deteriorated.

Court Bungalow comprises over a big hall, a veranda and a vast courtyard. It is no more in any use these days & is almost deserted. Sardar Muhammad Muqeem Khan Khoso is the incumbent Chief Sardar of the clan and lives here.

The old mosque of the village is yet an other monumental work of the past which is still preserved.! 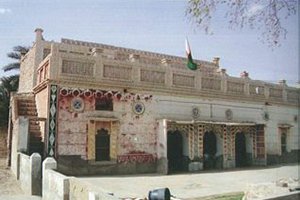 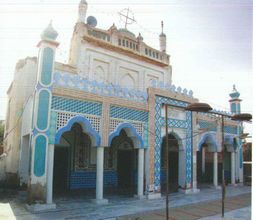 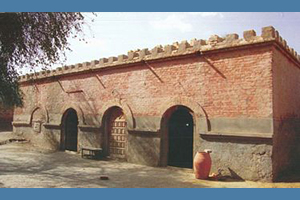