The shrine of a sufi poet, Pahalwan Faqir (died in 1385 Hijri) is situated in Jani Dero via Pechuho Railway Crossing. Pahalwan Faqir was the die hard devotee and disciple of the dargah of Rakhial Shah of Fatehpur (Balochistan province). He was Dombki Baloch by cast and didn't attain formal education. He composed poetry in different languages including Sindhi, Siraiki, Balochi and Urdu. His poetic work entitled as "Dawat- ul-Ishq" was recently published by the Dargah Committee. His two sons, Sohbat AN Faqir and Rind Ali Faqir are also buried in the same compound.

Sufi Faqir Ghulam Sarwar Dombki is the Gadi Nashin and during the month of March a grand urs is usually celebrated here. The faqirs of the dargahh usually gather here and recite the kalam of their murshid with great zeal and fervor. 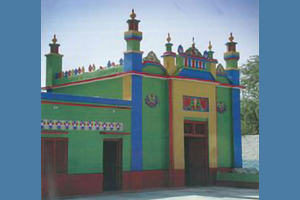 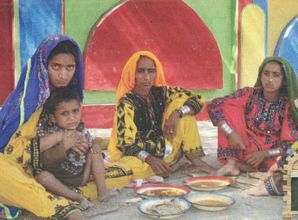