﻿The shrine of Aulia Khan Shah is situated about 10 kms off in the east from Tando Bago town. The newly built shrine houses as many as eight un known graves which are stated to be the companions and relatives of the saint. It is situated in Deh Naon Pano. The exact period of the saint is though not known however the local people believe that he hailed from the family of Hazrat Bahawal Haq Zakaria Multani and belonged to Multan. Mian Naseer Muhammad Shah is the present Gadi Nashin of shrine. The annual urs is celebrated in the month of Safar.

Near the shrine, lies a cluster of about ten ancient graves, which are without any compound. The graves are very much in deteriorating condition. Moreover, an ancient fortress like structure, which is in complete shambles, is also situated in the same vicinity. The brick used in the structures was measured about 12x12" in size. The covered area of the fortress is about 30x100 feet. Earthen pottery shreds are also spread in large quantity in the whole area which provide ample evidence of it being an ancient site. 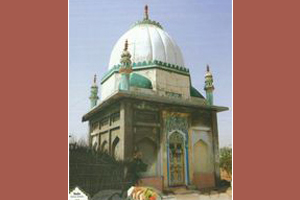 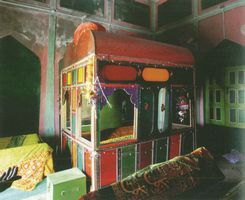 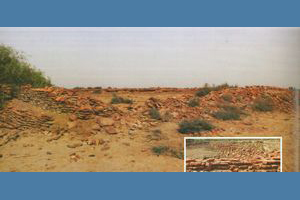 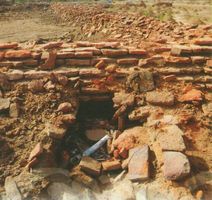 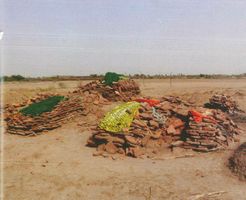 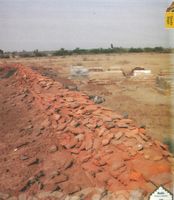