﻿The three domed Jamia Mosque in Tarai village, about 10 kms south-east of Karriyo Ganhwar in village Tarai is believed to have been built by a local zamindar during Kalhora period. The mosque has been by and large renovated by the local villagers. 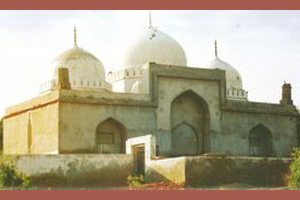