﻿An open jail in the outskirts of Badin is a unique confinement centre of its kind in whole the country. The jail, as it is named, is interestingly barred from high walls with live electric wires, barracks, check posts, sentry, sargents, whistles and the bugles. Initially the open jail scheme was started in district Thatta, way back in 1960, as a part of agriculture reforms by the then government of Field Marshal, Ayub Khan. Couple of years later, it was relocated to the present site in Badin. The jail property included more than 4000 acres of land and other assets were spared to make most of the confined souls languishing in different jails of the province and earn revenue. During its heydays, the strength of the jail used to be more than 400 inmates. The number of inmates went on decreasing day by day due to one or the other reasons and ultimately the jail was finally closed in the late 1990s. After the selection, the inmates were used to be dispatched to this agricultural jail, where they were nominally given oath on their sacred book as per their faith. No guarantee etc was necessary for the selection to Open Jail. According to the old record of the jail, invariably majority of the prisoners had completed their life term peacefully and not many incidents of any escape are on the record. 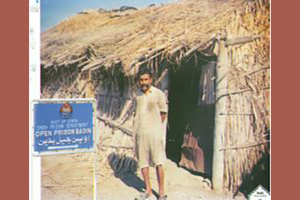 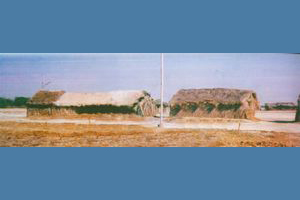