﻿The shrine of Yousuf Faqir alias Satee Jatee (the one who never performed sexual intercourse either legal or otherwise) is situated on the sea shore near zero point, about 20 kms off Kadhan town, in the south-east of Bedahmi. It is in deh Khudee. The area is famous as Shekhiani Jee Gharree. Natho Faqir Lund an octogenarian custodian of the shrine says that Kalhora ruler Mian Ghulam Shah Kalhorro had some spiritual attachment with Yousuf Faqir and built his mausoleum on state expenses. The ancient tomb caved in about a decade ago. Tomb was subsequently rebuilt by the custodian Natho Faqir. Also buried in the mausoleum is Tagio Faqir, brother of Yousuf Faqir. It is said that Yousuf Faqir was an activist of Mianwaal Tehreek. An ancient graveyard is also situated near to the shrine. The graves are built with pakka bricks and have been weird completely. Human bones can be seen littered all around. 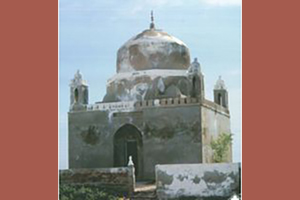 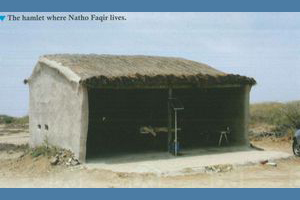 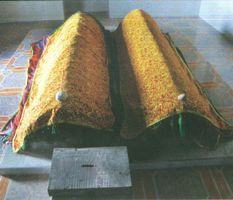 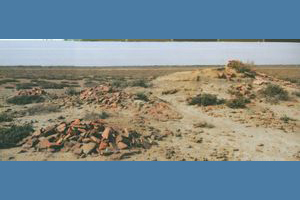