﻿The ancient site of Burr Waro Dhoro is situated about 20 kms off Kadhan town on the main Highway leading to Mithi. The site is located in deh Seengari. The historical significance of this site lies in its being the one time abode of great sufi saint and poet Hazrat Shah Abdul Latif Bhittai. This is the abandoned course of Puran river and is closed to the sea shore. An extensive Burr tree used to exist at the site under which Hazrat Shah Abdul Latif Bhittai used to meditate in the company of his disciples and would often indulge in intellectual discourse with the common villagers, majority of them belonging to Jatt clan, who are settled here since those times. With the passage of time, the tree decayed and it was uprooted by the storms few decades ago. The grave of Syed Abdul Azeem Shah Bhittai alias Khushhal Faqeer, the compiler of Ganj Sharif is also situated at the site and is surrounded by the dense forest of thorny trees of Devis. The site is situated in village Muhammad Ramzan Jatt, which is inhabited by the Jatt clan or the camel herders, who are the diehard mureeds of Bhittai since generations. With the demise of Dadi Ganga-1, the villagers unanimously selected an other lady from her family and entitled her as the Ganga Jatni. Since then the practice of Ganga's selection became the permanent feature of this village. The lady is much respected and revered, and her word is regarded as law. She treats the ailing community men and women with prayers. Ganga is not only the revered figure of this village but she is equally respected and followed by the community men living in Sindh or across the border. The village for the first time received recognition in the late 1990s when Mr. Abdul Hamid Akhund, then Secretary, Culture, Government of Sindh, visited the village and received the preserved copy of Ganj and got it published. With the publication of Ganj, Bhittai's work achieved even more popularity in and around the world. 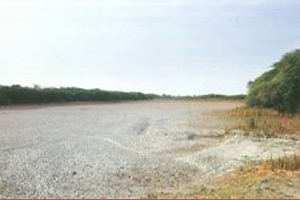 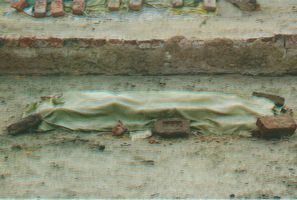 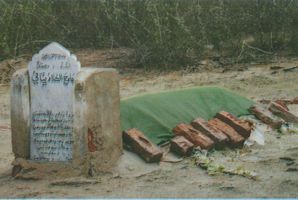 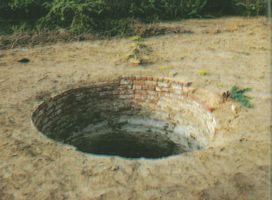