﻿The smadhi of a Hindu mystic Bhaee Essardas in the outskirts of Cheechrro village continues to attract pilgrims from far off places like India as well. Devotees throng to area in large number off and on. The Smadhi was surrounded by a vast agricultural land, which happened to be the property of Smadhi. However, with the passage of time the entire land was occupied by the local populace.

The Cheechro village has been a predominant Hindu locality of taluka Pano Akil during pre-independence period. The village had a large number of residential buildings owned by the wealthy Hindu merchants or zamindars. However, after the mass exodus of 947, all such magnificent architectural edifices fell deserted and consequently lost their existence one after the other in the wake of growing commercial race. 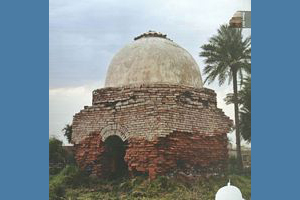 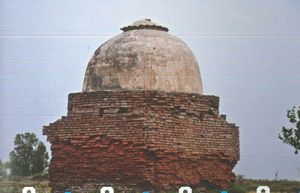