﻿The famous shrine of Hazrat Mian Muhammad Mustaqeem alias Bugo Shair is situated in village Cheechrro, about 10 kms off Dadlo village in the north. The shrine has large following in the entire district. The shrine is annexed with a very extensive ancient graveyard. The mausoleum houses five graves which included his mentor Mian Muhammad Yaqoob and his sons. Besides the main tomb lies yet an other comparatively a small tomb which contains the graves of grand children of Hazrat Bugo Shair. However, Mian Muhammad Jami, the elder son of Bugo Shair is buried at a very remote area of district Shikarpur in taluka Lakhi via Rustam. It is said that Mian Muhammad Mustaqeem, Indharr by caste traveled to Sindh from India in 1100 A.H.

Bugo Shair is a compound word meaning a white lion. It is said that Hazrat Mian Muhammad Mustaqeem, a famous saint of his time commanded a great respect and reverence among the humans as well as the wild life alike. A white lion was the frequent visitor of his Aastana. That is how he hit the fame as a Pir of Bugo Shair.

An ancient mosque is also located in the premises of dargah. The three dome mosque has by and large been renovated and alternated by the local communities on the self help basis. 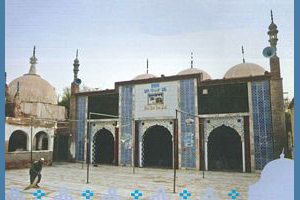 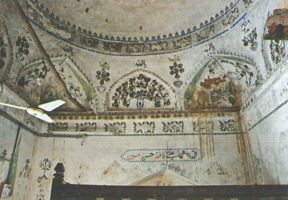