﻿A sufi poet and Master, Roohal Faqir was the son of Shahu Khan Zangejo Baloch. He was born during 1730s and his folks resided in the middle of high-dunes of Padmaad near the historical monument called Moomal ji Ma'ari in Umerkot. He was educated in Sindhi and also learnt the knowledge of Arabic and Persian languages. His father was in the service of Miya'an Noor Muhammad, where Roohal joined up too but short afterwards left his company. He set out in the quest for spiritual path and went to their master Izatullah Shah (son of Shaheed Shah Inayat) and stayed in his service. He, later, wandered in Sindh and apparently settled in the village called Kandrri Maka'an (taluka Rohri), where he passed away in 1804 AD / 1219 AH and is buried there. He composed poetry in Sindhi, Siraiki, Hindi, Marwari and Persian languages. Sixteen of his poems are found in the collection titled Kandrri Waran jo Kala'am and six of those are recorded in kafiyuun by Dr. N.A. Baloch, 1985. 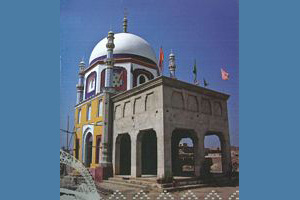 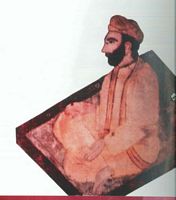 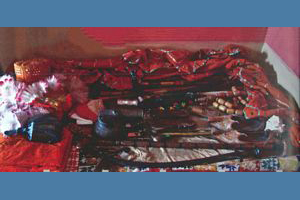