﻿Jamia Mosque of Kandhra village was built during the reign of Mughal emperor Jahangir in 1901 AH. The mosque bearing three domes based on heavy wall structures has grown weak amidst improper preservation and conservation methodology ever applied by any governmental or non governmental agency concerned. The structures have grown fissures and cavities, giving easy passage to rain waters to intrude inside and causing damage to the remaining structure. The cracks in the domes as well as the thick walls of the mosque building continue to remain point of worry for the local faithful who always apprehend any devastating accident in case, it caves in.

It is highly likely, that if the concerned government / non government agencies working for the preservation and protection of architectural heritage, didn't wake up on time, this monumental building could lose its existence once and for all. The original structure of the mosque comprises only a small prayer hall which has been further extended to a veranda during the course of time.

The shrine of Faqir Muhammad Hussain Bakhri alias Makhdoom of Kandra is situated just behind the mosque. He was the first official khateeb of the mosque, who was probably appointed by the then Mughal administration of Bakhar. 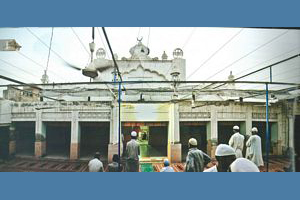 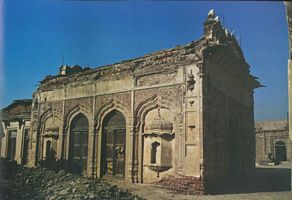 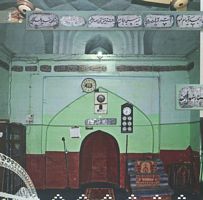 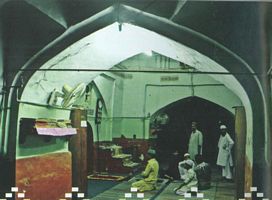 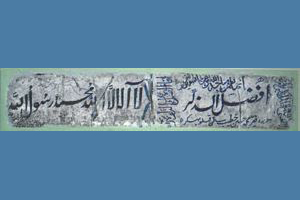