﻿The ancient graveyard of Mola Mohib Shah situated on a hillock at the tail end of a narrow lane originating just opposite town's Mukhtiarkar offices.

The graveyard contains the grave of Mola Mohib Shah, a revered saint of the time, who died in 1178 AH, as inscribed on the grave stone. Besides this, an unusually heavily structured grave of Syed Muzzaffar Shah and two more unknown graves are also located in the graveyard. The remains of an ancient well also exist in the vicinity Unfortunately, a large portion of the graveyard has been encroached illegally by the local dwellers. 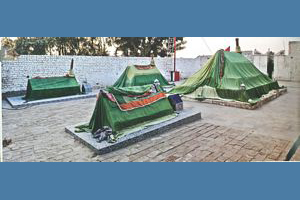 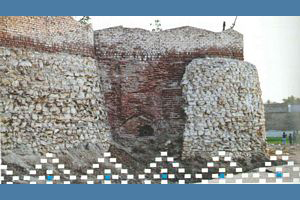