﻿The mausoleum of Syed Ali Naqi Shah famous as Noorul Mola Shah, son of Syed Ubhan Shah is situated behind Imambargah Shah Najaf and Imambargah Shah Iraq in Rohri town. The tomb houses three graves inducing Hazrat Noorul Mola Shah. The tomb was built in 1250 A.H. by Syed Bukar Ali Shah, brother of Noorul Mola Shah. He was the direct decedent of Syed Sadruddin Shah. A taiar containing the graves of female members of the Syed family. The female graveyard is unaccessible to all male visitors or devotees. The shrine is also surrounded by more than two dozens of graves. 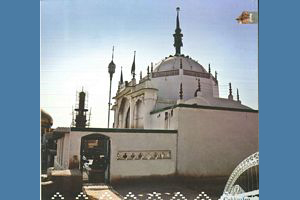 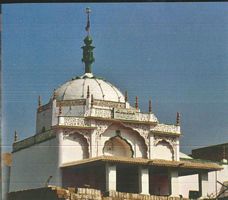