﻿City's yet an other oldest Dharamshala, a Hindu worship place and a welfare center for the community in the locality of 'Bagh Sambosa' was built in 1930 by Seth Dayaram Jotwani, a wealthy Hindu merchant and an industrialist of the time. Seth Jotwani was also famous for his out class skills in playing cards.

Seth Dayaram Dharamshala houses darbar of followers of 'Udaseen' school of thought. A portrait of a dervaish Harichander also hung on the wall of the temple. Hari Chander's darbar is in Ulasnagar, Mumbai, India. 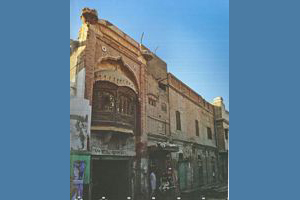 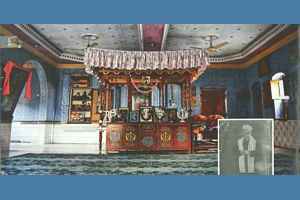