Two stone carved bearing some inscriptions with deterioration condition also exist. The inscriptions are almost illegible due to erosion caused by the salt attack.

It is said that the graves of wife of Syed Jalal Surkh-Posh and mother of Syed Rajoo Katal (daughter of Syed Murtaza bin Syed Badruddin bin Syed Sadruddin Shah) are also situated in this graveyard which has been surrounded by thick population. The history of these saintly figures is not known. 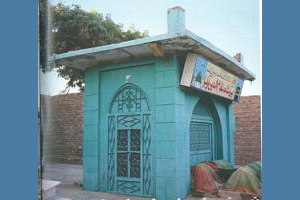 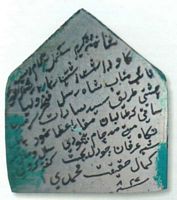 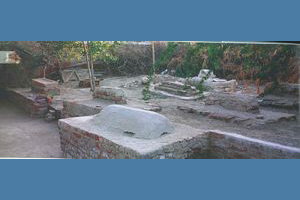 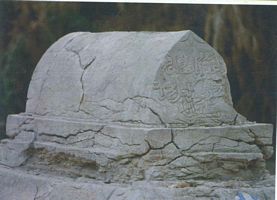 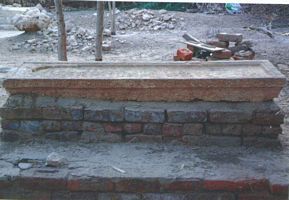