The site of well of Marvi is about 30 kilometers away from Nangar town in north and 10 kilometers from Virawah village. Umar Marvi is a Sindhi folk love story. It is also mentioned in Shah-jo-Risalo. This is another love story which has semi-historical background. It is the story of identification of patriotism, self determination and modesty. Marvi was a Sindhi Heroine famous for her chastity, patriotism, and simplicity. Marvi found her ideal in Khet, a cousin who lived in a neighboring village.

He was handsome and brave, and he was deeply in love with Marvi. She lived in a village called Bhalva in Thar Desert. Some historians have mentioned the name of Marvi’s village as Malir. She was a beautiful and brave village girl. She was engaged to her cousin named Khet. One day, while filling water in her pots from a well which is now known as “Marvi’s well” (Marvi-jo-Khooh) for her goats, she was seen by Prince Umar Soomro. At the first glimpse, Umar was dazzled by her beauty. Umar proposed her for marriage and tried to win her over with jewels and gifts, but Marvi refusals, Umar became so head-over-heels that he abducted her and imprisoned her at his palace in Umerkot for a whole year, but she remained faithful and longed for her native terrain. Finally, Unar was deeply touched by her dedication and piety and set Marvi free. The well still exists near village Bhalva in Tharparkar. 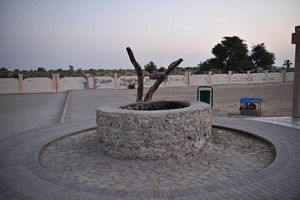 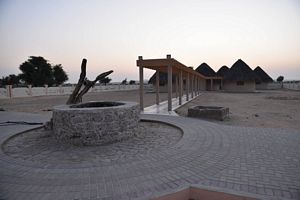 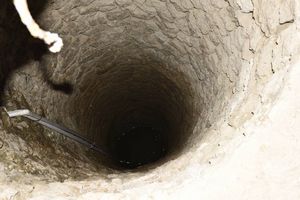