At Gori, about 22km northwest of Viravah, some 4 km from Marui jo Magah Malir, and deep in the desert lies an old Jain Temple. It is very similar to the one at Bodhesar but far more superior in craftsmanship and finish.

The temple is located within an enclosure with an open space in front on the northern side. It is constructed with Jodhpuri stone much like marble. The main building is 27.6m in length and 18.5m in width.

By the side of the front door there appears an opening leading to the basement, it is said that sometime during the first quarter of 18th century H.C Watson. It is recorded to have been much defaced at varous times by Sindhi troops. It is said to have suffered from fire, and from gunpowder which was used by Colonel Trywhitt, at the time of Nagar outbreak, in order to secure a Sodha chief who was supposed to be hiding himself in its passage. (Cousens:145) The last major repairs are recorded to have been carried out in 1715.

“The Soda Chiefs of Veerawow are said to have taken the idol called Goreeha out of the temple for safe custody, and to have exhibited it occasionally to the Banians, who worshipped it, for payment. 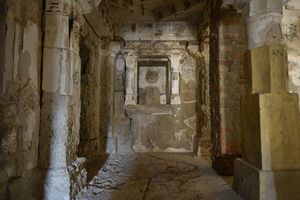 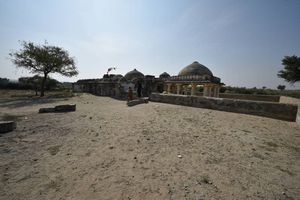 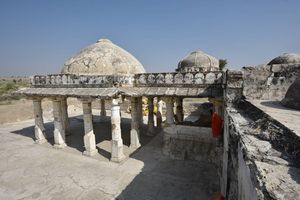 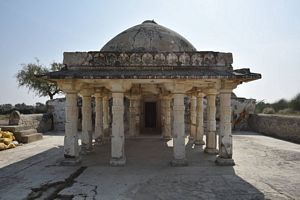